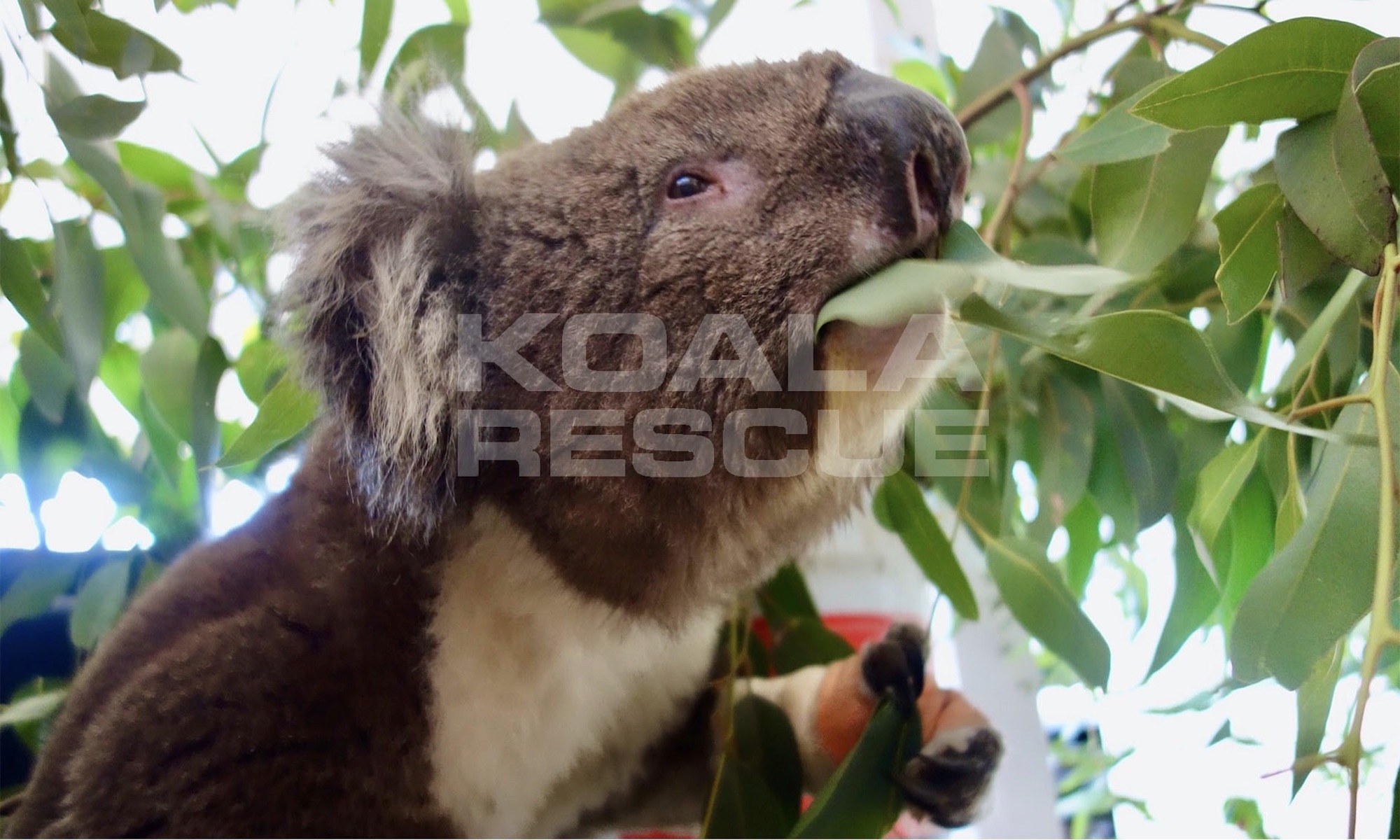 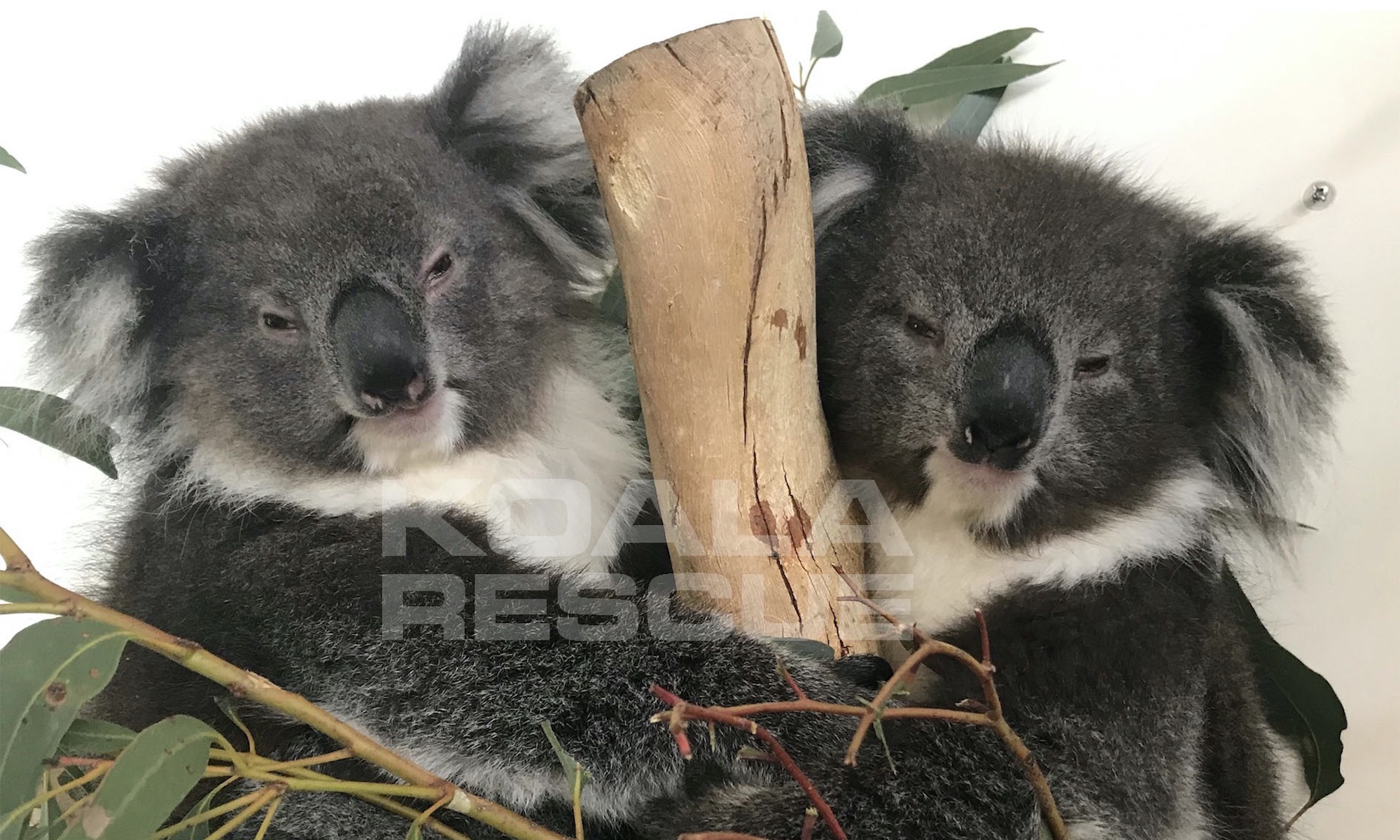 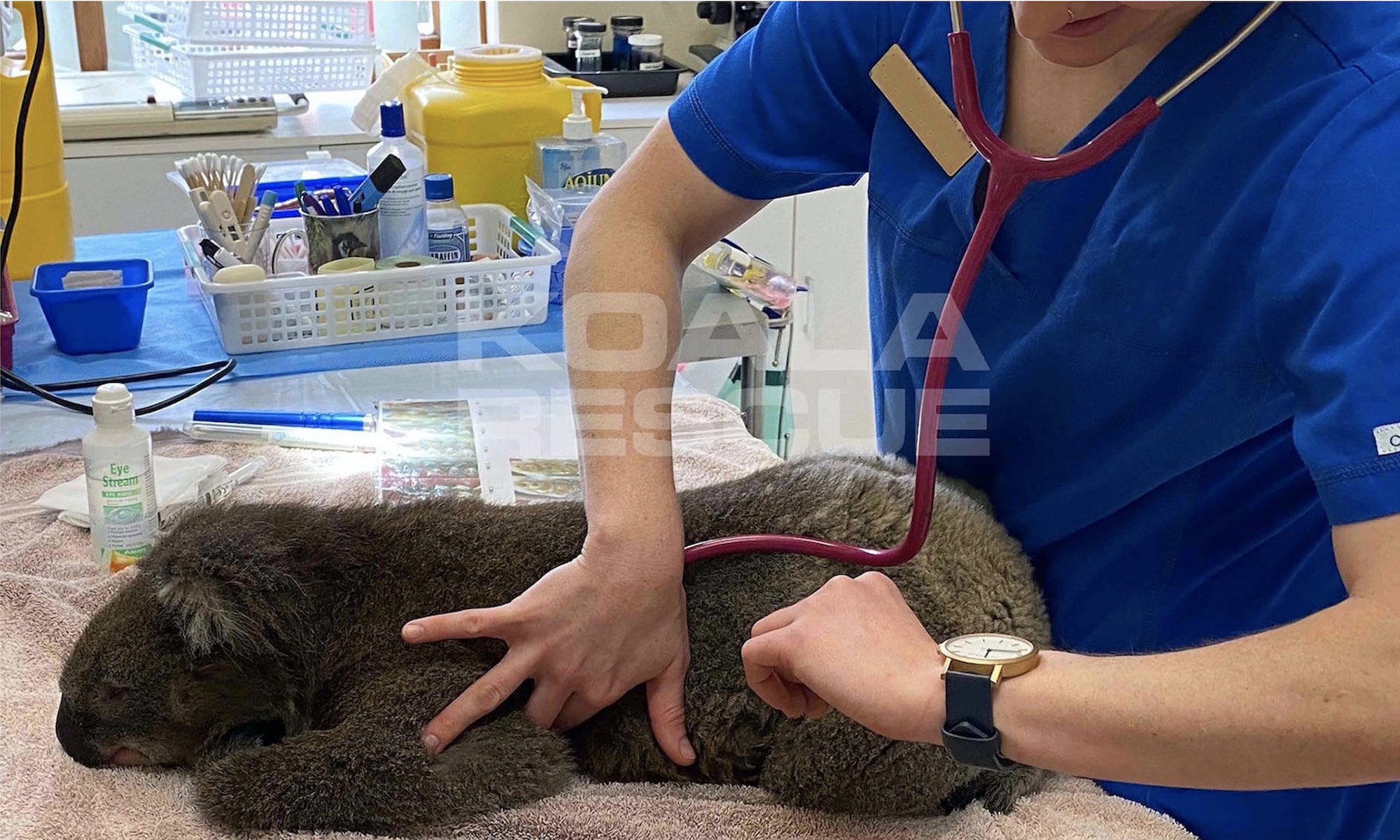 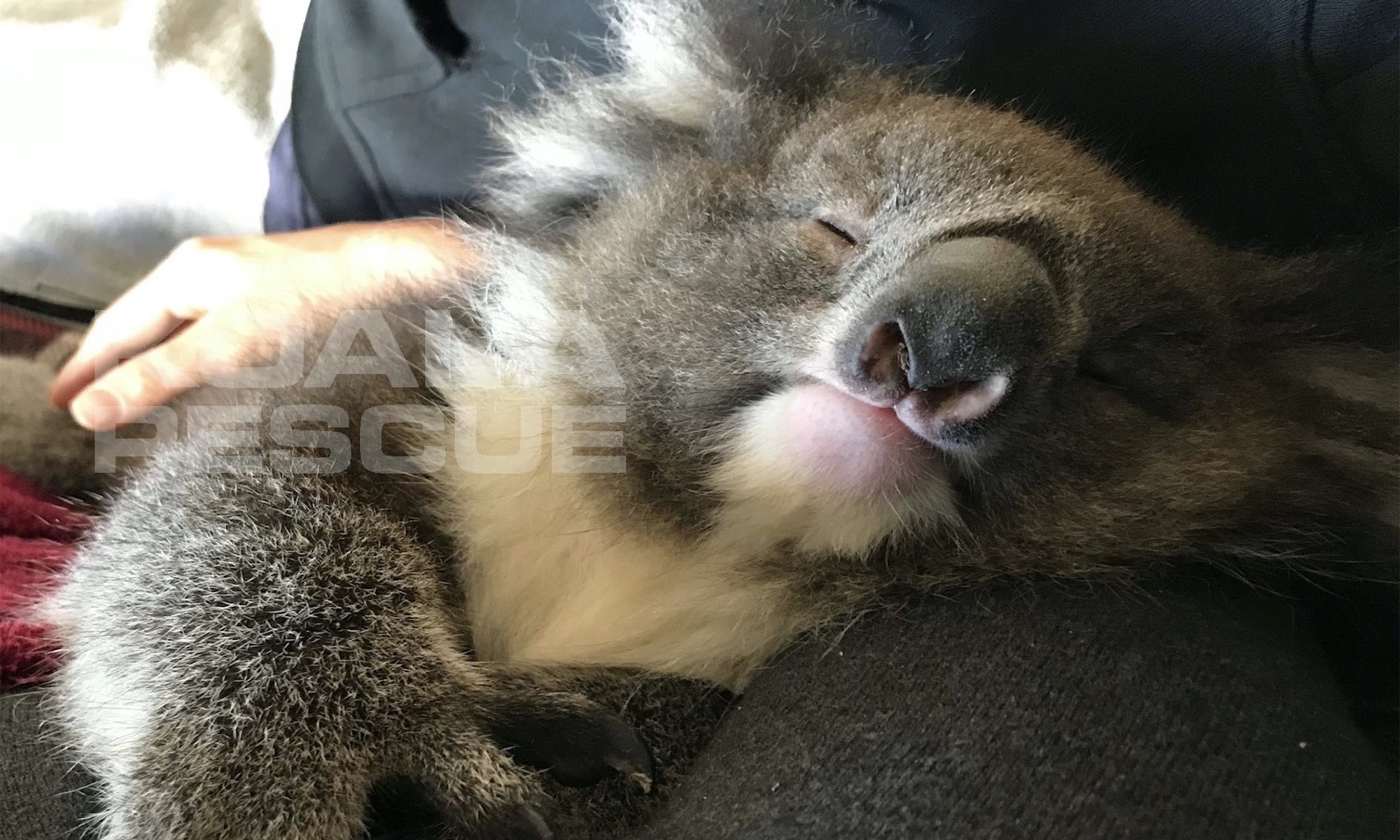 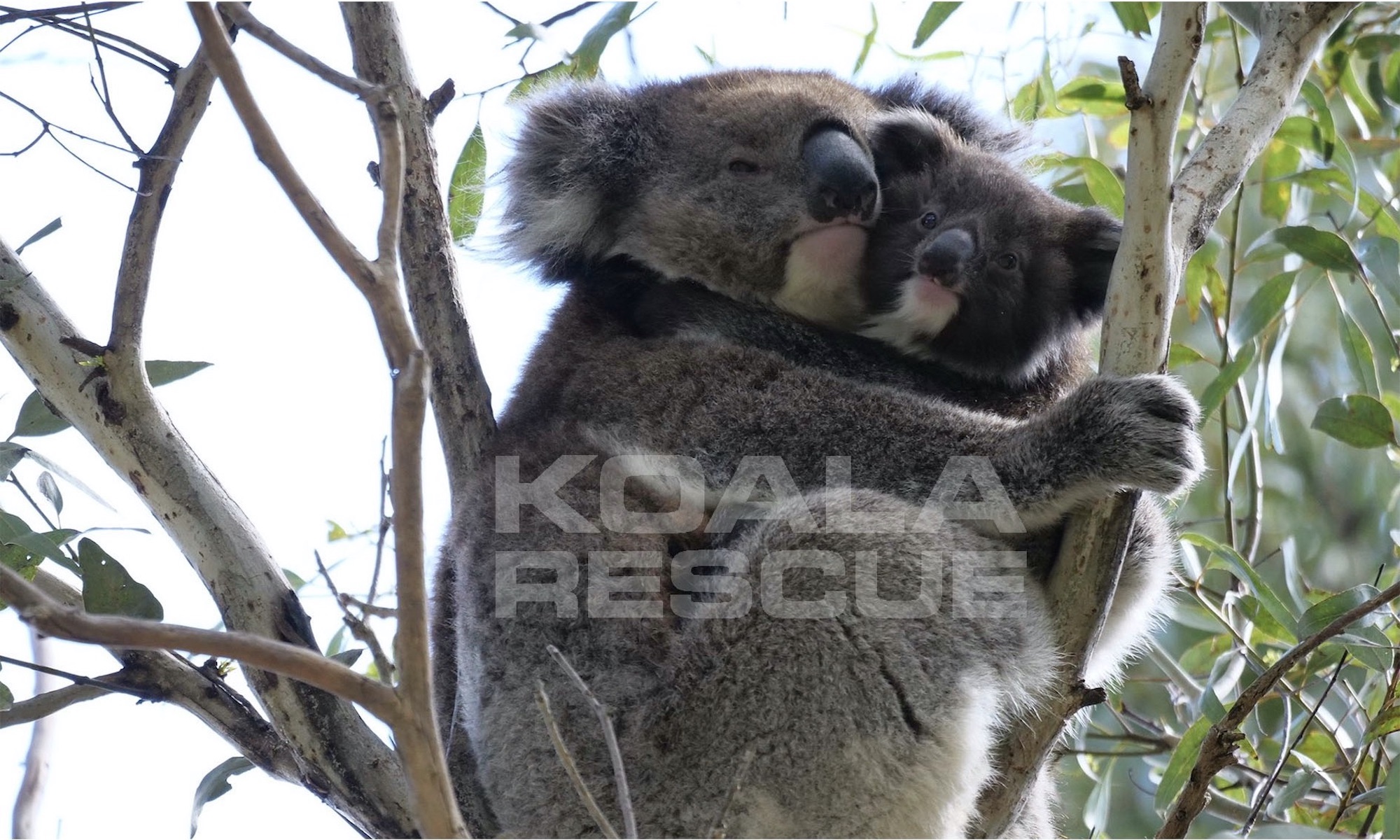 Our team is one of South Australia's most experienced koala rescue groups.
With a dedicated and knowledgeable membership, supported by a network of vets who generously treat our koalas, they are assured the best possible care.

100% of donations go towards koala rescue and care 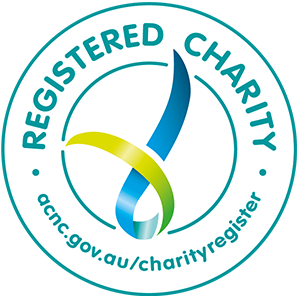 HOW YOUR DONATIONS ARE USED

100% of all donations go towards the rescue, care and conservation of koalas.

We are a 100% volunteer run not-for-profit charity. No donations are used to pay anyone within our organisation or within the organisations that we support.

Donations are used for equipment, such as the carriers we use to transport koalas, equipment for retrieving sick and injured koalas, enclosures for housing koalas in care, covering the costs of feeding and treating koalas in care and supporting organisations that help us in our endeavour to protect the future of koalas. 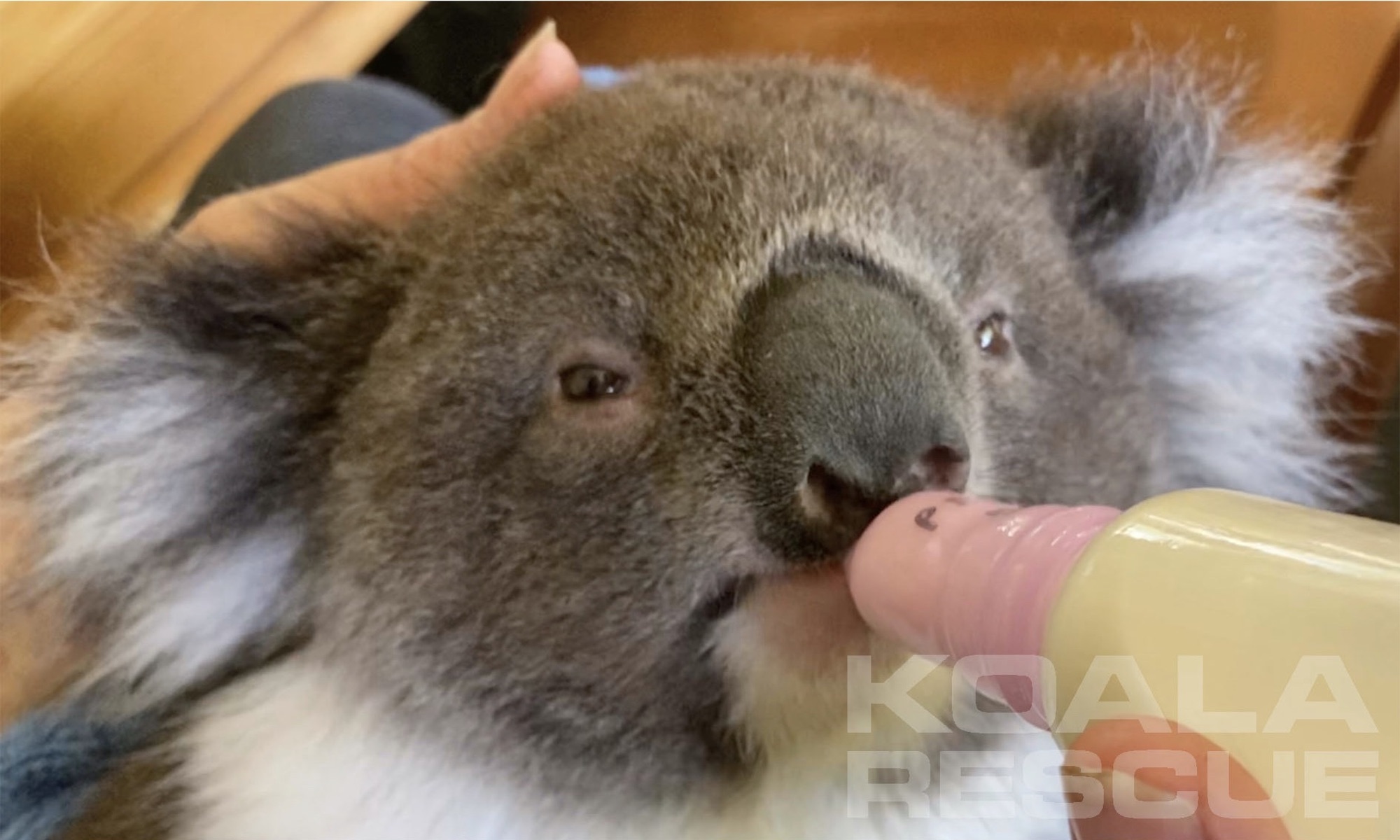 KOALA RESCUE Inc is based in Adelaide, South Australia.  We service the Adelaide metropolitan area, Adelaide Hills and the Mt Lofty Ranges.

We are a free 100% volunteer service available 24 hours 7 days a week.

Our focus is always what is best for the koalas.  Our team is one of South Australia’s most experienced groups, with a wealth of knowledge about all issues that affect the local koala populations.  Our team consists of accredited koala carers with many years experience in rescues and care. We are also part of an education and information-sharing network, partnered with Adelaide’s most experienced koala treatment clinics and veterinarians, all of which ensure our koalas get the best possible care.  We do not keep koalas in care if not necessary and we release all koalas back into their original territory whenever possible.  When this isn’t possible, a DEW (Department of Environment and Water) approved release site is chosen. 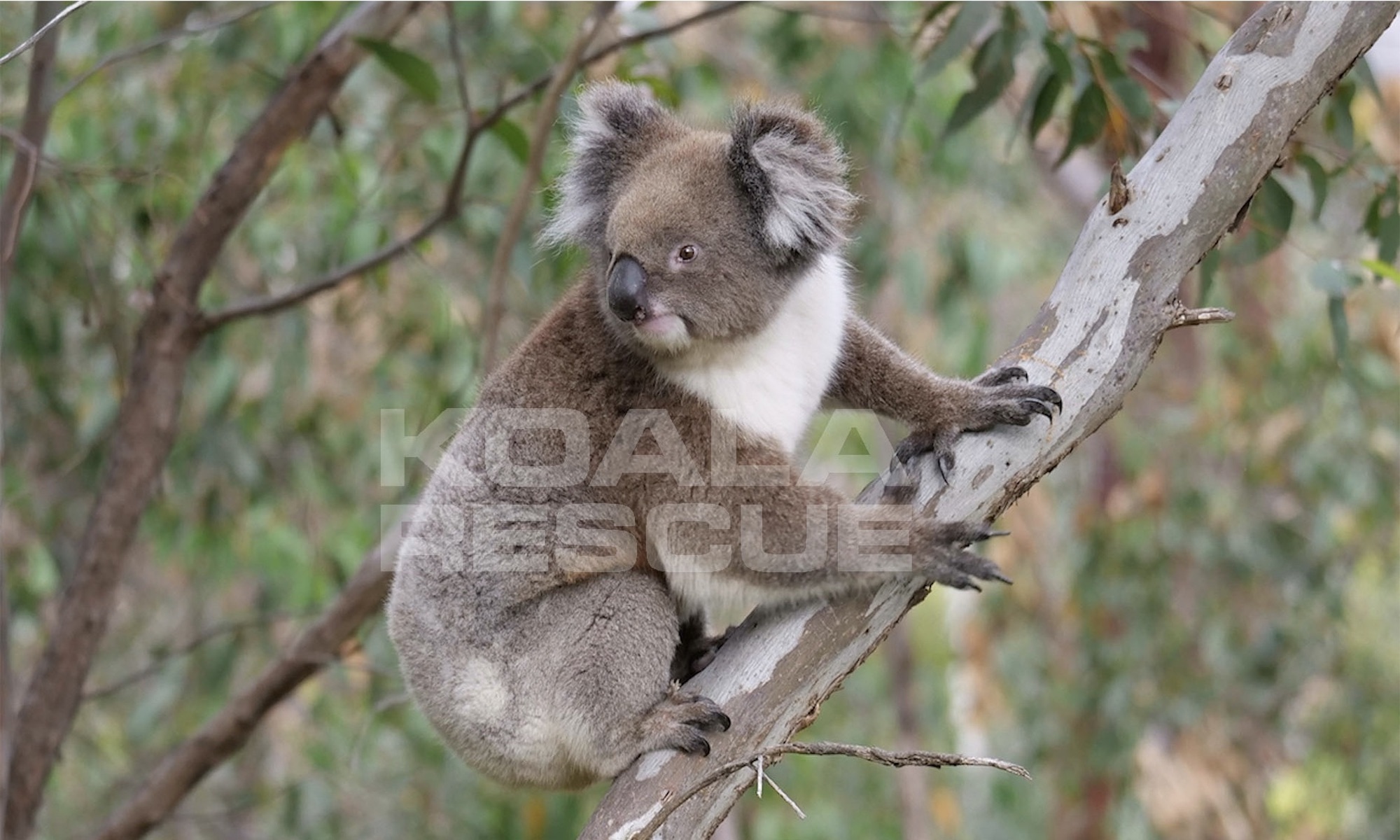 We provide an education service to veterinarians who wish to improve their ability to care for koalas and to schools and other community groups to raise awareness of koala issues and improve their koala knowledge. 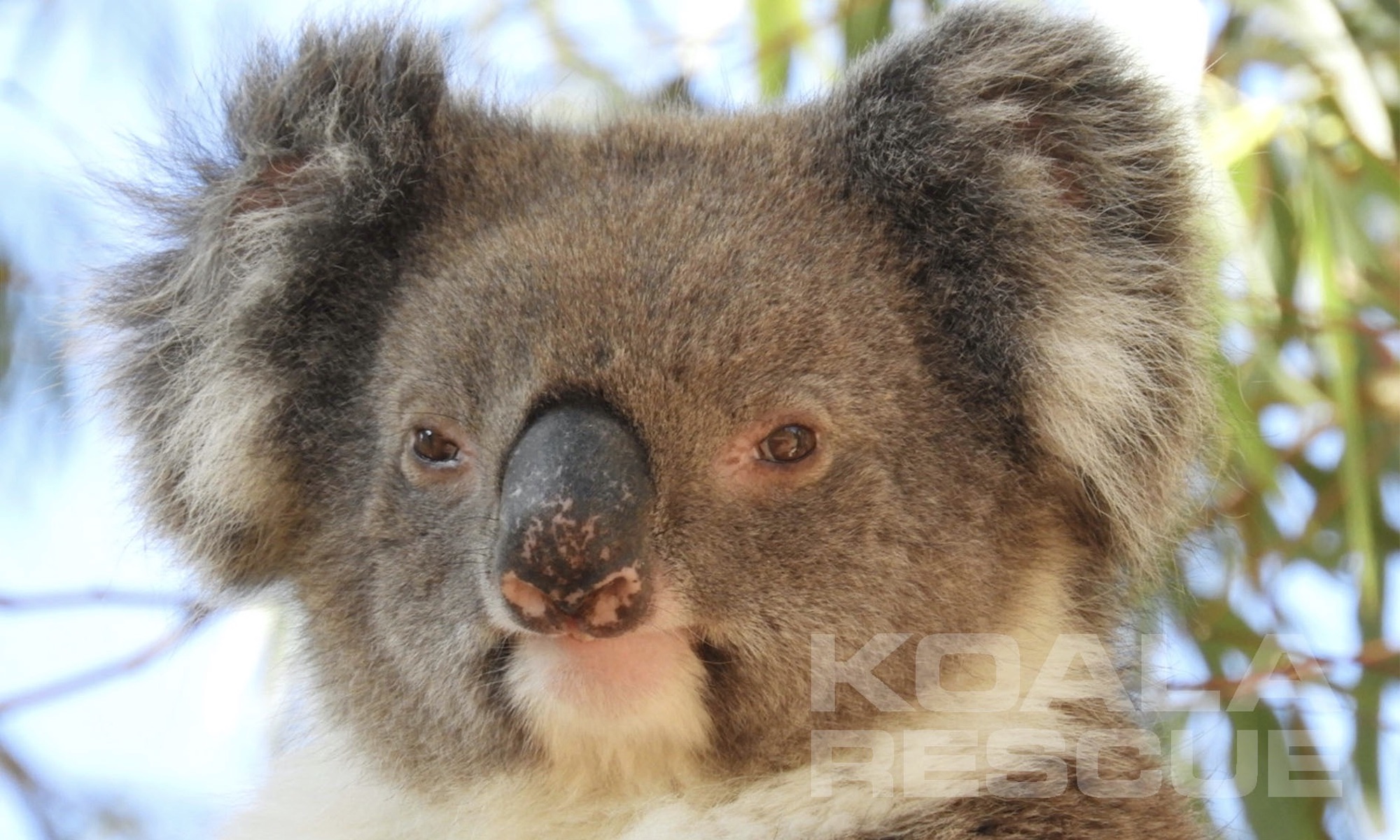 Koalas only inhabited the south-east of South Australia immediately prior to white settlement.   Koalas are believed to have inhabited South Australia many thousands of years before that, but the reasons for them not being here prior to white settlement are unknown.
During the 19th and early 20th centuries millions of koalas were killed for their soft pelts which were sent primarily to Europe for lining various clothing including coats, hats and boots.
In the early 20th century, as koalas were pushed to the brink of extinction, a ban on hunting koalas was introduced. Some time in the 1920’s 18 koalas were introduced onto Kangaroo Island, South Australia from French Island, Victoria as a safe haven for koalas to breed and decimated populations to recover.  From there they were later introduced to the Adelaide Hills. The introduction of koalas was extremely successful and although facing some challenges, the South Australian population is more secure than other Australian populations and may serve as an ark for Australia’s koalas.
Although reported numbers of koalas in South Australia vary, they were estimated to be somewhere between 20,000-114,000 across South Australia before they suffered heavy losses in the catastrophic bushfires in the summer of 2019-20.  The surviving numbers are, at this time, unknown.

Koalas are an arboreal (tree dwelling) marsupial. Marsupials carry their young in a pouch. The baby koala is born at about 35 days gestation and is called a ‘pinkie'. The pinkie climbs up into the mother's pouch where it will feed from the mother's milk for 4-5 months, and is now called a 'joey'. At this time it seeks and consumes 'pap', a special poop that koalas produce, containing the bacteria and enzymes a joey needs to be able to digest eucalyptus leaf (gum leaf) which comprises almost all of a koala's diet. A koala will eat up to 1 kilogram of leaf every day. The joey starts emerging from the pouch, spending more and more time outside and riding on its mother's back until it becomes confident and independent enough to start climbing and feeding itself. Young koalas will start to spend time away from the mother at around 1 year old, spending more and more time apart until they become independent after about 2 years old. A koala becomes sexually mature at 3-4 years old. 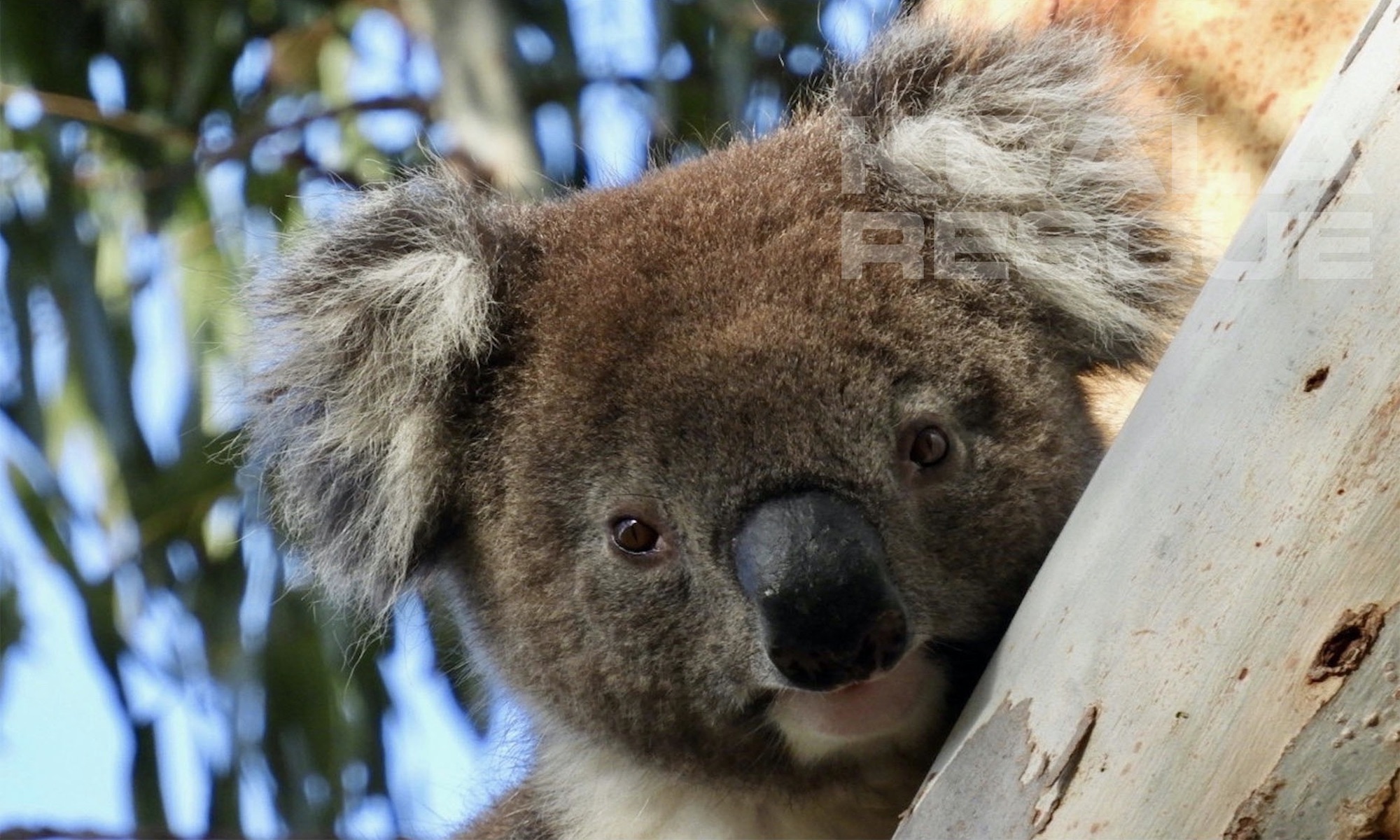 There are nearly a thousand species of eucalyptus tree, but a koala will only eat the leaf of about 20 of these. They have a very sensitive sense of smell and can tell if a leaf has too many toxins in it and also how much water it has. Before climbing a tree, they often smell the trunk to tell if the tree has suitable food leaf (also known as browse) at the top. They occasionally eat melaleuca, bark, dirt, and lichens to get some of the other nutrients they require not found in eucalyptus leaf. Koalas are pretty fussy eaters, only choosing the tastiest leaves, and just because they ate a particular variety one day, doesn’t mean they’ll eat it the next. This keeps our carers busy searching for fresh and different varieties of gum leaves to keep the koalas in their care well fed.

Male koalas have an extra set of vocal chords and a large scent gland that runs down the middle of their chest. They rub this scent gland on trees to let the females know who they are and that they’re ready to breed, and let the other males know this is one of their trees. They use their two sets of vocal chords to sound a deep, loud bellow. This lets others in the area know they’re here and this is their territory. 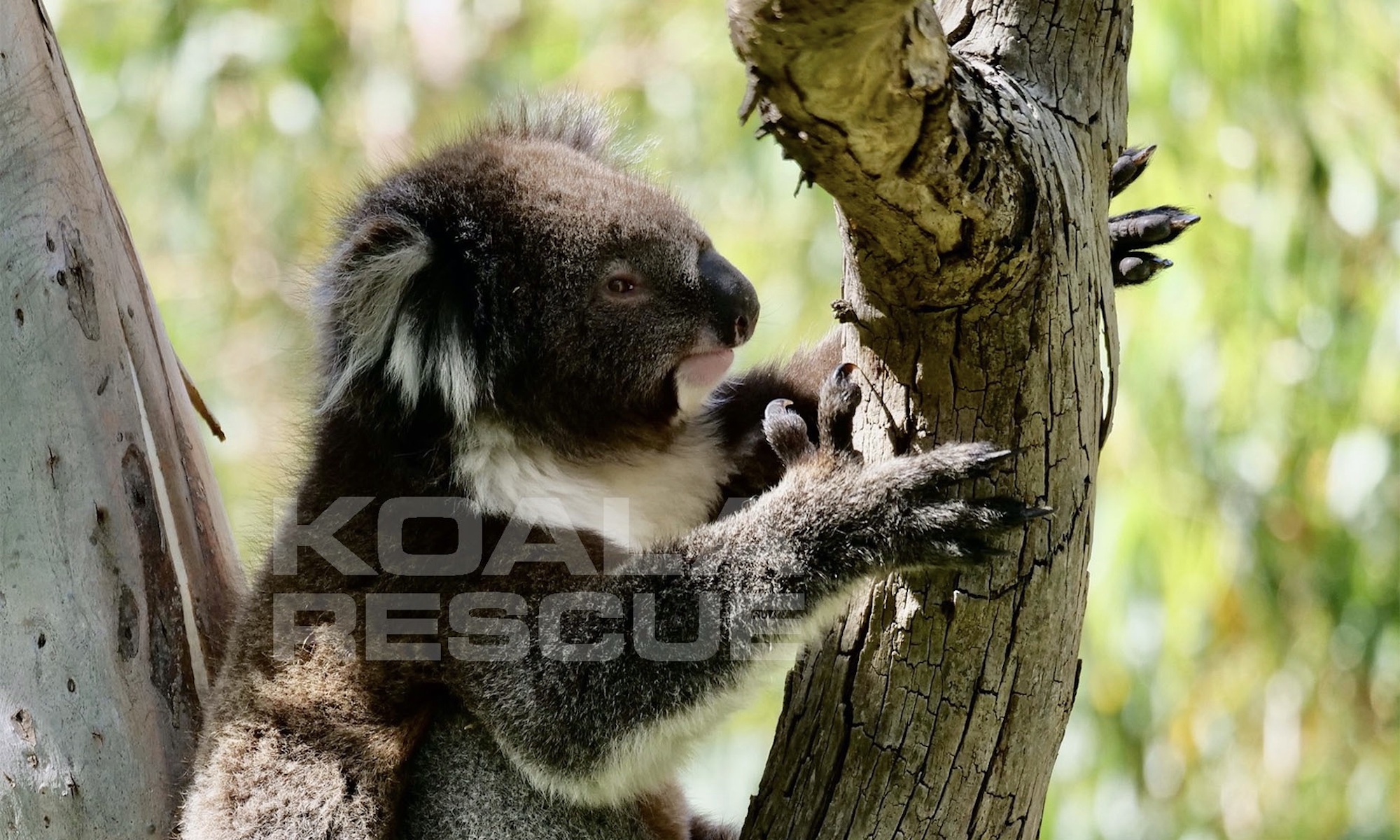 One of the most interesting things about a koala's anatomy (besides the pouch, of course) is their hands. They are extrememly dexterous with two thumbs on each hand (see above), tipped with long razor sharp claws to give them exceptional grip when climbing. Koalas are the only marsupial with a fingerprint like a humans. Each one is unique. Furthermore, koalas have a colour pattern around their nostrils (black and pink) which is also unique to the individual - and easier to use to identify them than getting their fingerprints..!

South Australia’s koalas are slightly larger than their northern relatives, with longer, darker fur to help keep them warm in the colder climate.

Although rarely seen in the wild, a group of koalas is sometimes called a 'cuddle'. So cute!

WHAT TO DO IF YOU FIND A KOALA IN NEED

Firstly, keep your distance. A wild koala is a dangerous animal with very sharp claws. They can become aggressive and move very fast when they want to, particularly if scared, injured or with a joey in the pouch which you may not be able to see.

If you observe an injury or other concerning ailments or situations, call your local koala/wildlife welfare group immediately. 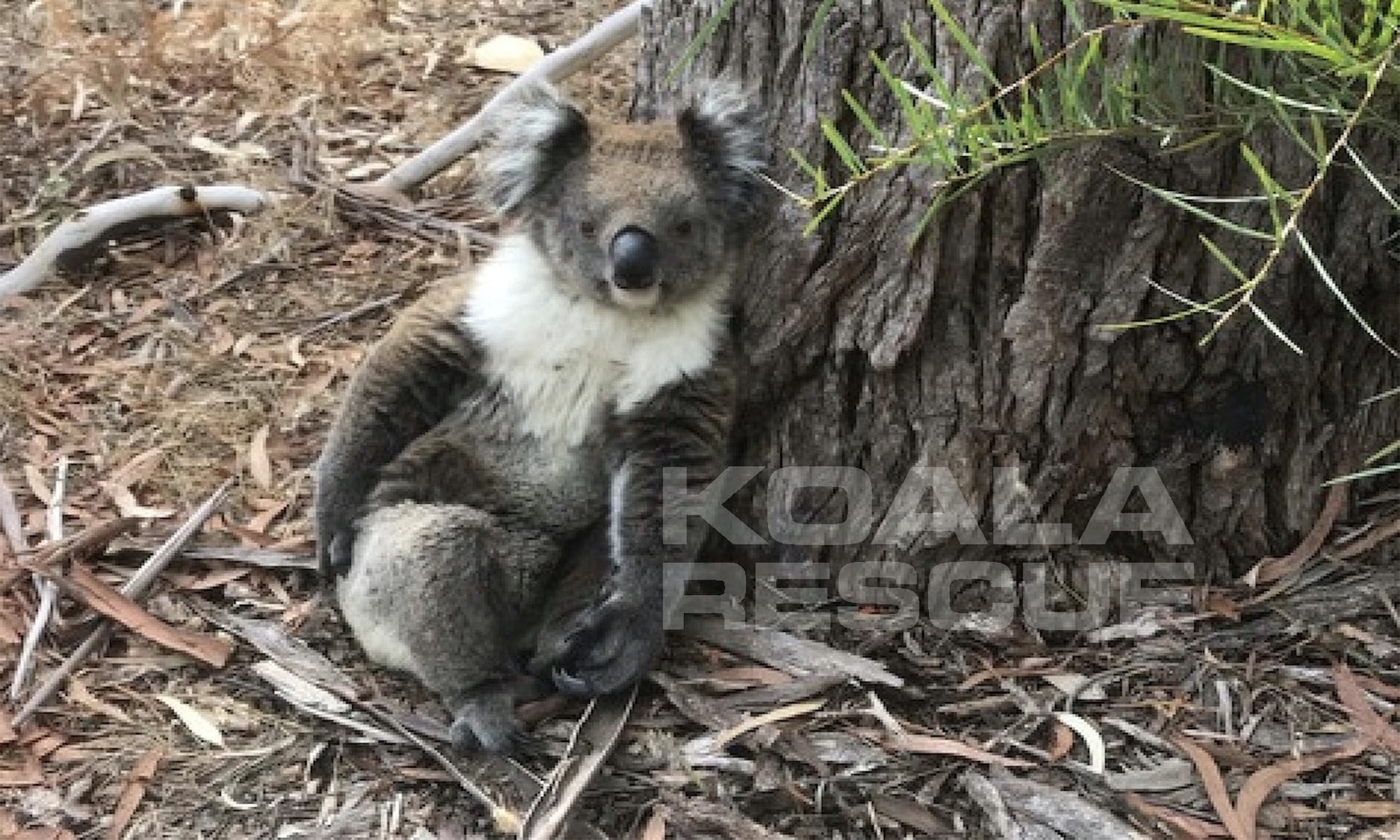 A koala sitting at the bottom of a tree is not necessarily a concern. On a hot day, they sometimes seek the low branches and ground to find shade. You can offer the koala a drink from a bowl by placing one nearby, but NEVER pour water into a koala's mouth. This can cause aspiration (water in the lungs) and result in respiratory problems and even death. If no bowl is available you can drip it slowly from the bottle so the koala can lap at it like a dog drinking from a dripping tap.

PLIGHT OF KOALAS IN SOUTH AUSTRALIA

CONSERVATION STATUS
In February 2022, koalas were listed as endangered in New South Wales and Queensland.  Some estimates predict koalas will become extinct in these states by 2050.  Although the southern states have not listed the koala as endangered, the challenges our koalas face threaten the future of this iconic marsupial.

HUMAN IMPACT
Humans have obviously had a huge impact on koalas. These include loss of habitat due to farming and property development, habitat fragmentation, introduction of diseases such as chlamydia, mange and viruses, renal disease, dog attacks, and injury or death caused by vehicle strikes. 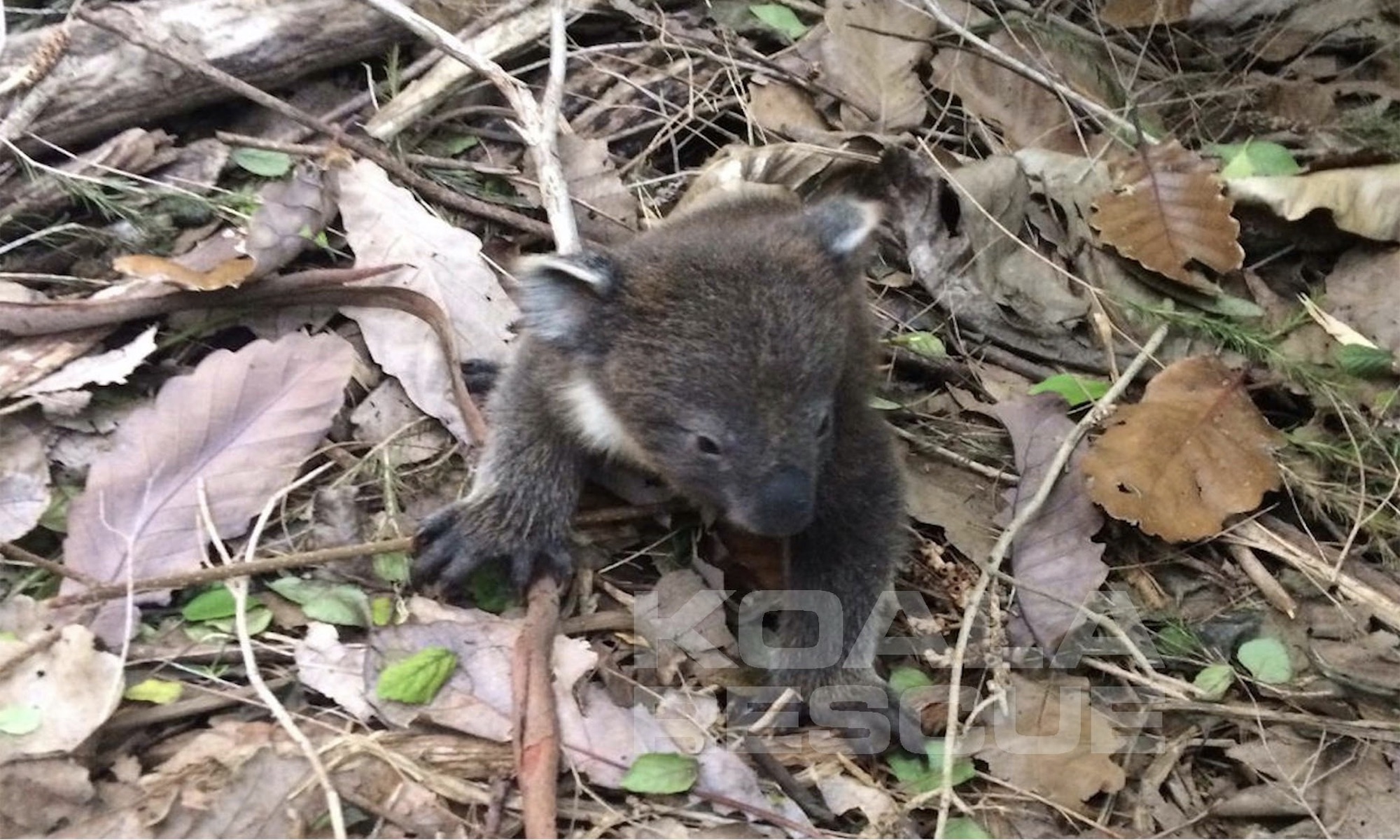 HABITAT  DEGRADATION
Continued land clearing and development means that habitat loss is driving koalas into less desirable and already inhabited areas. We are finding koalas in areas of the city where they have not been seen since before development. Even within suitable habitats, numbers are concentrated causing greater competition for the available food sources and disputes over territory. This continual search for a suitable place to live results in koalas crossing roads and entering properties with dogs, resulting in the obvious horrible outcomes.

CLIMATE CHANGE
As the impacts of climate change mean hotter, drier summers in Australia there will be more frequent and longer and hotter heatwaves. These conditions mean the water content of the leaves eaten by koalas is lower, resulting in significant rates of dehydration and heat stress, forcing them to more actively seek sources to drink from on the ground, exposing them to further environmental risks. 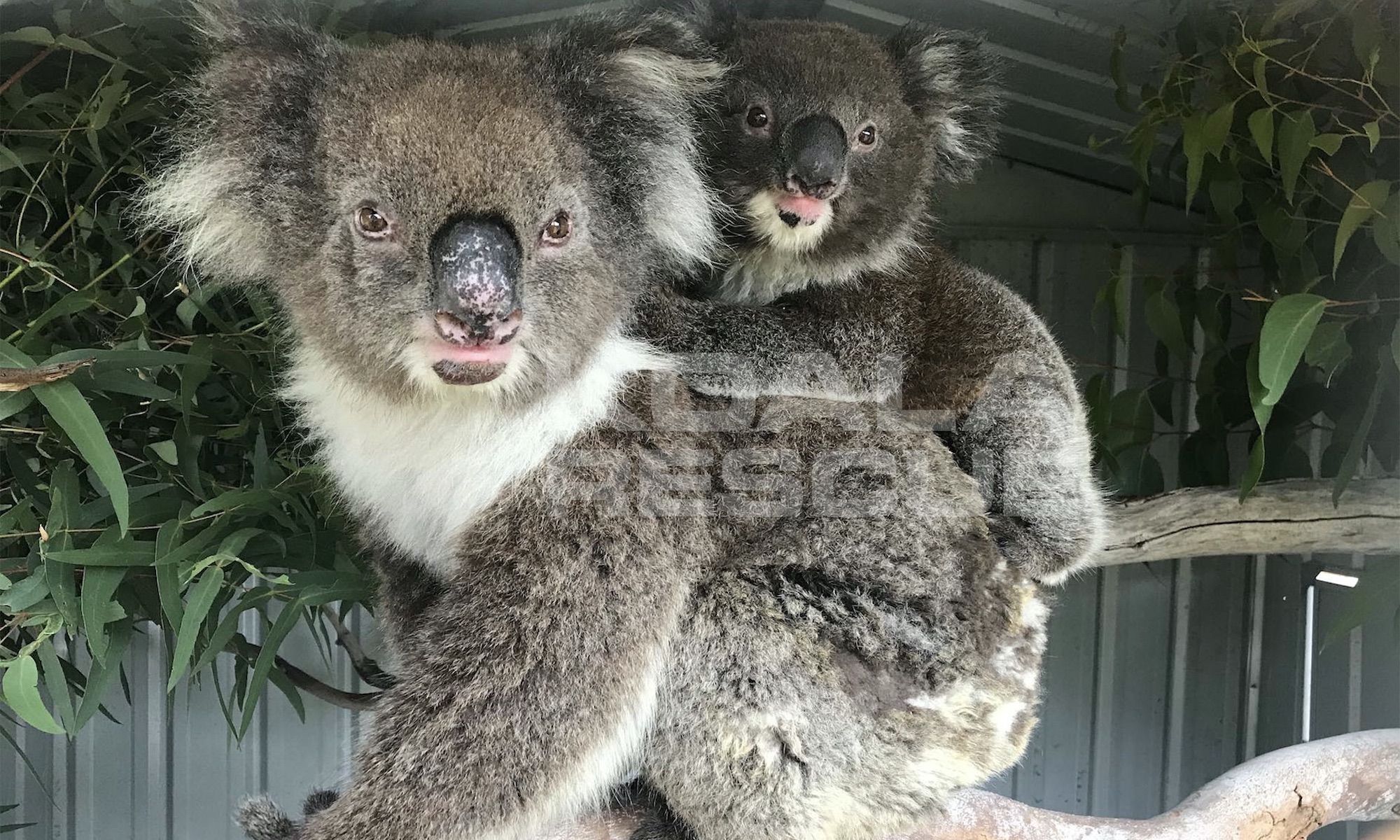 INTRODUCED DISEASES
Treatment of disease in koalas is very complicated. Koalas have incredibly sensitive gut flora, meaning that antibiotic use can be harmful or even fatal. The renal disease prominent in South Australian koala populations is believed to be due to lack of genetic diversity arising from the small reintroduced population and therefore there is no treatment for this affliction. Mange, a type of skin mite introduced and spread by feral foxes is only treatable in its early stages and is a long slow process. It is highly contagious; spread by a koala simply coming into contact with the same surface (tree or ground) as an infected koala or fox.

Sadly, like many other species, the future of wild koalas is not very bright. However, we still have hope.

We encourage people to:
- Learn more about this amazing and unique marsupial
- Lobby your government to protect their habitat
- Protect koalas in your area from car strikes by slowing down while driving at night and lobbying councils to erect signs around roads where koalas are seen
- If you’re a dog owner within a koala area, always walk your dog on a lead and if possible, keep your dog inside at night so koalas can safely travel through your yard
- Plant koala food trees (some examples include Manna, Blue Gum, Spotted Gum). You can find more by contacting your local native nursery. 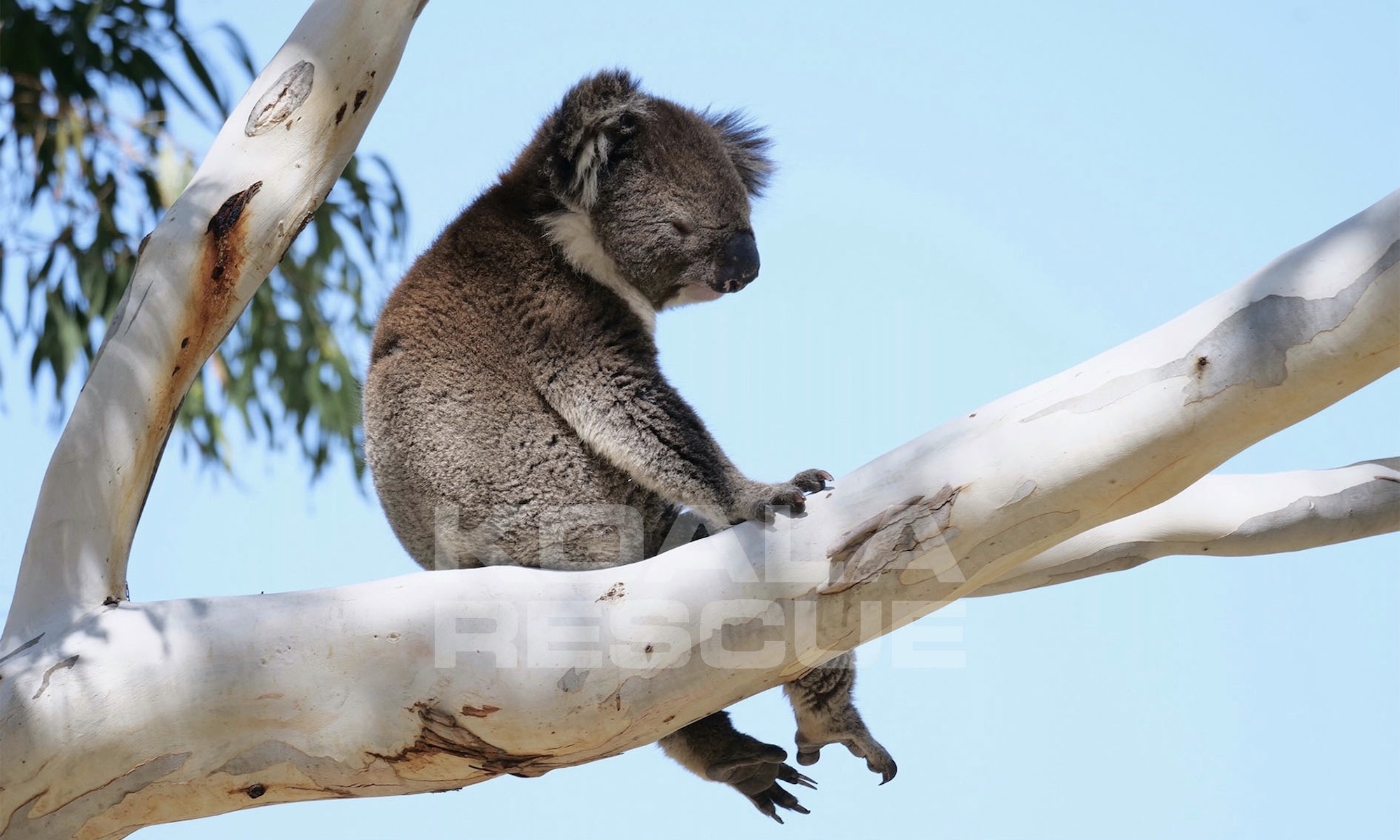 And we hope. Our hope is that common sense will prevail and the importance of this iconic and beautifully unique Australian marsupial will become apparent to all before it is too late. 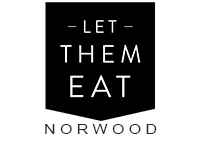 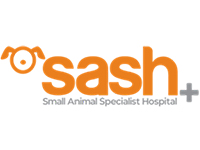